Consumers throughout Asia and around the world are increasingly concerned about the rise of multi-drug resistant, disease-causing bacteria. Livestock can harbor antibiotic-resistant, human-pathogenic Salmonella, Campylobacter, Escherichia coli (E. coli) or other bacteria. Many of these pathogens also pose risks to food safety, which is a serious concern to consumers and food companies, especially with the growth of global trade in chicken, pork, beef, and aqua- culture products.

The Asia Tour – titled “Pathogen risk controlTM: The key to antibiotic reduction and food safety” – invited researchers from Thailand, Indonesia, Vietnam, and the Philippines to explore these issues in each country in a full-day symposium format. The multinational technical symposiums, organized by Diamond V’s Asia office, also detailed the science behind the company’s initiatives in on-farm or pre-harvest food safety and natural, non-antibiotic solutions for animal health and productivity. 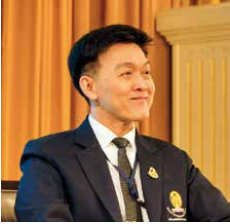 Commencing in Bangkok in collaboration with DKSH (Thailand) Limited, the Asia Tour featured Dr Roongroje Thanawongnuwech, dean of the faculty of veterinary science at Chulalongkorn University, speaking on the “Post- antibiotic era.”

In Jakarta, in collaboration with Trouw Nutrition Indonesia, the Asia Tour featured Prof Dr Drh I Wayan Teguh Wibawan from the faculty of veterinary medicine at Bogor Agricultural University (IPB). The professor of veterinary immunology spoke on “The role of antibody and post-biotic substances in supporting the clearance of bacteria by phagocytic cells.”

During the Asia Tour in Vietnam, “Antibiotic use in Vietnam livestock: Current situation and alternative solutions,” was the focus of Assoc Prof Vo Thi Tra An who is head of the department of veterinary biosciences, faculty of animal science and veterinary medicine at Nong Lam University.

There were two venues in the Philippines – Manila and Cebu – where the Asia Tour was supported by Philchema, Inc. Dr April Shayne Lobaton-Sulabo, assistant professor of the Institute of Food Science and Technology at University of the Philippines Los Baños (UPLB) presented “Overview of food safety: Current status and challenges in enhancing food safety control systems in the Philippines.” 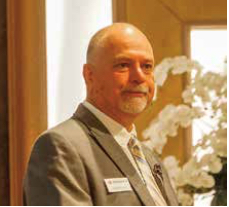 Dr Don McIntyre addressing the challenges of pathogen risk control to help protect against foodborne bacteria like salmonella, campylobacter, E. coli, and others

Dr McIntyre spoke on “Economic aspects and bene ts of pathogen risk control in farms” and noted that wide-spread pathogens like Salmonella,

E. coli, Campylobacter, Clostridium and Staphylococcus impact not only the health of the animals but also the overall economics of production. Moreover, he said, these food-borne pathogens develop resistance to antibiotics. An effective pathogen risk control program must be in place from the farm to the table, starting with proven, non-antibiotic on-farm interventions.

Dr Abdelrahman focused on “Alternatives to using antibiotics for pathogen reduction and disease prevention,” noting that antibiotics have been in use in live-stock production since the 1950s, barely 20 years after their initial use in human medicine. However, antibiotic-resistant pathogenic bacteria now threaten both humans and animals, which has prompted governments, food companies, and producers to restrict or ban antibiotic growth promoters (AGPs).

Although the feed and livestock industries can adapt and thrive without AGPs, the change is going to take time, effort, and multiple strategies. The huge public concern is generating hundreds of proposed solutions. The chosen approach, Dr Abdelrahman said, must be proven to be consistently effective against multiple pathogens in a range of food animal species.