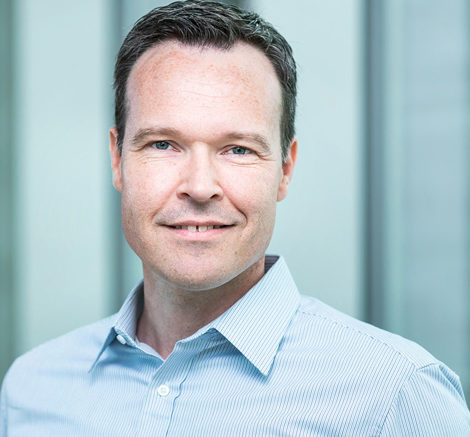 Digital transformation is first and foremost a business transformation. People, not technology, are the most important piece in the digital transformation puzzle regardless of the industry and the part of the world you are operating in. In fact, studies made by global organizations and major consultancies across thousands of companies and various industries show that the main drivers of digitalization are the opportunities for achieving financial gain, adjusting to socio-economic factors and changes to the foundation of how we will work in the future. [1]

The first obvious motivating factor is the outlook to make more money. But in fact, what becomes more obvious is that digitalization is needed to stay competitive and protect current revenues in the future.

And what we see is that commitment to digital transformation pays off financially[2] [3]:

By 2050, the global population is expected to increase by almost 40% to 9.6 billion people and their buying power is expected to double in the same period.[4]

In order to feed this drastically increasing population, the UN Food and Agriculture Organization predicts that the agriculture industry will need to produce 70% more food while only being able to use 5% more land. This means approximately 1 billion tons more wheat, rice and other cereals, and 200 million more tons of livestock per year, on almost the same agricultural surface area and primarily produced in Asia and Africa.[5]

The increase in food production will contribute to prevent world hunger, but the impact of livestock farming on natural resources is under pressure from consumers. Here we will also have to look for further digitalization to help solve challenges related to:

Consumers are demanding greater social responsibility from companies, just like they do from themselves. As they begin to favor new food sources such as plant-based ”meat” and “butter” and new protein types, they also demand that food suppliers lower their meat and dairy prices, adapt to volatile demand patterns (‘barbecue demand’), provide always fresh products, improve animal health, welfare and living conditions, reduce antibiotics use, etc.[6]

So, the consumer demands keep increasing as the food product mix increases in complexity. Here we also know that digitalization plays a key role in creating transparency and delivering the right product at the right time.

The future of work

Driven by potential financial opportunities and challenges from increasing globalization and refinement of consumer product demand, the way we will work in the future will be increasingly digital driven.

Six out of the top seven digital changes driving technologies are related to data management, whereas only one is related to actual physical equipment. They are ranked as Cybersecurity, Analytics, Mobile, Cloud, Sensor/IoT, Artificial Intelligence and Blockchain.[7]

If we doubt that the future of our work will be dominated by data then it is worth noting that 98% out of 2,000 companies asked about digitalization believe that Artificial Intelligence and Analytics combined will be the #1 change driver in 2020.

Senior executives believe the future workforce will need to understand how to collaborate with smart machines, but also feel that employees will need to collaborate more with each other and that interpersonal relationships at work will be more valuable because of what digitalization offers.

The challenge is not digitalization per se, but rather how leaders adjust their businesses to take advantage of the benefits technology offers.[8] The world is quickly becoming “digital first” and prioritizing your digital presence should be one of the top items on the “to-do” list to protect your current and future revenues against competition from rising digital leaders in the food production industry.

[3]
Source: Cognizant paper: The work ahead

[7]
Source: Cognizant paper: The work ahead

[8]
Source: Forbes: How to be a digital leader