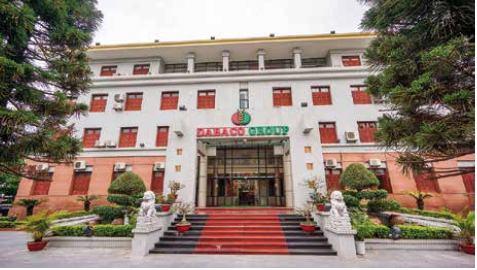 Hanoi-based Dabaco Group will step up investments in feed and breeding operations for colored birds and hogs in southern Vietnam while at the same time building a new state-of-the-art hog slaughtering plant in the north. 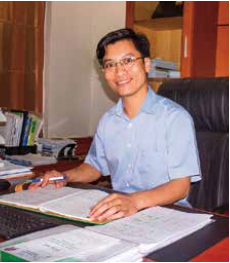 The expansion, aimed at improving cost competitiveness overall, will strengthen market coverage in the north and tap new markets in the south.

Dabaco will be capable of supplying around 75 million colored day-old chicks by 2020 after it completes US$43 million worth of investments in colored bird breeder farms, hog grand parent operations and a new feed mill.

Plans are also underway to develop a food business through investments in a slaughter operation for colored birds, and pork and chicken sausage production facilities.

The company, which plans to produce a million nishing hogs a year by 2020, believes that owning a processing plant will help it cope with future volatility in live animal prices. Moreover, with ever- growing public concern about safety and quality control in the food supply chain, it is prudent for the company to invest in a processing operation, he said.

Dabaco is undertaking a feasibility study for a new 250 head/hour capacity hog processing plant in the north to serve the domestic market. Construction is set to begin in December 2017 in Bac Ninh, 40 km southeast of Hanoi.

Farm and feed business development in south Vietnam is also in the works. A new feed mill in Ha Tinh, central Vietnam, will support the growing economy and booming tourism industry. 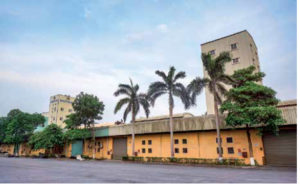 It operates its hog business by renting mainly breeder farms. For nishers, it works with contract growers who agree to use breed, feed and inputs from the company.

In return, it pays the grower for labor costs and rent after harvest. At present, half of its finishers are produced by contract growers.

It breeding stock is imported from Denmark, USA, Canada and Taiwan. The female line is land race and large white. Duroc and pietrain make up the male line. It provides customers with very lean or regular meat for the domestic market.

The new processing plant will improve hygiene and meat safety, with nished product quality on par with international standards. The pork will be sold primarily via supermarkets and modern trade retailers as well as offshore markets.

Competition is a non-issue, he added, because new government regulations aimed at improving meat hygiene will make backyard slaughter operations a thing of the past.

Dabaco is planning a new 300,000 tonnes/year feed mill in Bin Phuoc to support its poultry and hog breeding farms and finishing units. The combined investment cost of both projects exceeds US$43 million, said Mr Hoc.

A parent stock farm is currently being built in Binh Phuoc, near Ho Chi Minh city. With 250,000 birds, the new breeder farm will improve customer service and expand markets for colored birds in the southern part of the country. Commercial day-old broiler chicks from Bin Phuoc will be available by the end of 2018.

In parallel with the capac- ity build up in the south, the construction of a new grand parent stock farm for colored birds is underway in Bac Ninh.

It is using recessive females so that the male phenotype will be passed on to the progeny. It opts for Hubbard JA57Ki which is recessive and highly prolific. At 64 weeks of age, the bird yields 211 hatching eggs/hen, average egg weight 54 grams and body weight 2.2 kg.

The male line is native birds that the company has selected based on robustness, local preferences and more. The hybrid females achieve bodyweight of 1.8-2 kg within 100 days while the males can reach 2.5-2.8 kg.

The market is shifting towards colored birds even though fast-growing white-feather broilers have dominated the market for the last 5 years. Mr Hoc estimates that colored birds currently share more than 50% of the total market in Vietnam.

Dabaco is operating a 2,000 birds/hour poultry slaughterhouse in the north and a 1,000 tonnes/month sausage plant. Its distribution channels cover both modern trade and wet markets.

It started a layer grand parent farm in 2013. It keeps around 1.2 million commercial layer hens and supplies around a million eggs to the market everyday. Besides ordinary eggs, it is supplying “designer eggs” containing Omega 3, DHA, selenium and green egg shell eggs which Vietnamese people believe are more nutritionally enriched.

At depletion age at 70 weeks, a hen yields around 309 eggs on par with the ISA standard.

The company uses prefabricated breeder and layer houses due to improved growth performance and biosecurity. The houses are completely built up with enclosed side walls to minimize pest in infiltration and air leakage.

Currently, Dabaco operates seven feed mills in north and south Vietnam with a combined capacity of over 1 million tonnes/year.

The construction of a new feed mill in Ha Tinh, in the middle of the country, is set to take off soon.

Now that antibiotic growth promoters have been banned for food animals, Dabaco is studying the efficacy of probiotics, essential oils, acidifiers, enzymes and more.

A soybean crushing plant worth US$50 million with 1,000 tonnes crushing capacity/day producing re ned oil for human consumption will be operable by Q3, 2018.

Apart from agriculture, the company is active in real estate. It owns five-star hotels, supermarkets and an industrial park. It forecasts turnover in 2017 to reach US$700 million and US$1.5 billion in 2019.