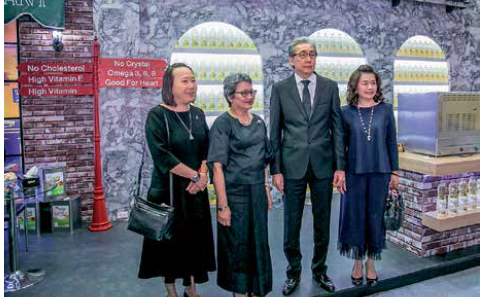 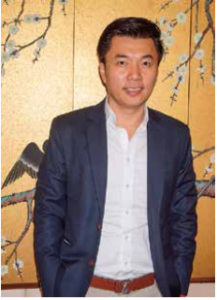 The new retail packing system will be operable by Q2, 2018 and will be followed by the installation of 3,000-6,000 tonnes/day of additional crushing capacity in anticipation of future growth.

TVO was founded 50 years ago with an initial capacity of 50 tonnes/day. It was the first vegetable oil crusher in the country to use soybeans rather than multiple oil seed sources.

TVO is developing an offshore distribution network for both soy-based vegetable oil and soybean meal in ASEAN. The plan includes strategies for penetrating high-quality markets in North Asia and fast-growing markets in South Asia, he said.

The company is also realigning its business in a bid to get closer to end users and developing clientele whose main concerns are reliability and quality consistency rather than alliances based primarily on pricing.

Vegetable oil exports to Cambodia, Laos, Myanmar and Vietnam (CLMV) and sales of oil to industrial users now account for around 5.6% of annual sales of 28.3 billion baht in 2016.

Soybean meal imports in 2017 will surpass 2.8 million tonnes, up from 2.3 million tonnes in 2016. The rebound in imports this year is mainly due to bean prices which have dipped below US$9.50/bushel, dwindling local stocks, and baht appreciation. Buyers see better cost competitiveness in imported soybean meal, he said.

The soybean price in 2016 which averaged US$9.10 per bushel made it feasible to produce full-fat soy for internal use.

Despite slower spending in the local market, demand for soybean oil has been unfaltering among further-cooked chicken exporters and retail users.

Strong harvests in the US and South America in 2015-2016 have resulted in abundant ending stocks.

With no supply issues in sight, soybean prices and soybean meal have backed down in lock-step, leaving soy crushers with very slim pro t margins.

Users who switched to soybean oil as a substitute for higher-priced palm oil last year have since returned to palm oil now that prices have become more affordable. Also, abundant rainfall in 2017 has re- invigorated palm oil productivity.

Extreme competition in the local soybean oil market is likely, however, TVO will avoid engaging in a price war, he said.

TVO is reviewing its capacity expansion project to raise crushing capacity 3,000-6,000 tonnes/day by 2022. Currently, the company is operating at 6,000 tonnes/ day, with capacity utilization above 75%.

At present, it has a rm grip on the retail and industrial segments. Also, sales to industrial users both at home and abroad have shown strong growth.

Soybean meal use by the feed industry and public consumption of vegetable oil have remained intact. However, prices for soybean meal and soybeans are edging down.

TVO is developing retail and industrial markets for vegetable oil in CLMV countries. At present, its overseas industrial customers are mainly food manufacturers and tuna canneries.

In Cambodia, TVO has successfully established “Healthy Chef” as a leading brand. Similarly, TVO is developing markets in Myanmar where it forecasts turnover in the retail segment of around US$10 million/year.

The size of its operation allows TVO to achieve superior economies of scale, making it more competitive than producers in Vietnam and Malaysia. Therefore, TVO anticipates greater brand recognition and a larger market share for its soybean meal in the region by 2022, he said.

At present, some 65% of its revenue comes from soybean meal and the rest from vegetable oil.