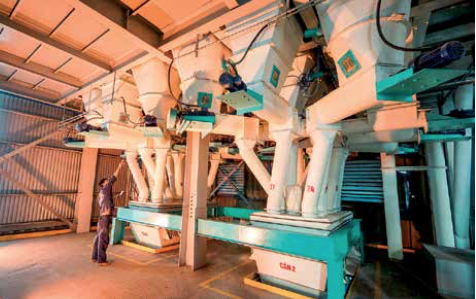 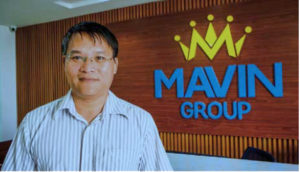 At a time when thousands of smaller producers are calling it quits, the company is diversifying into layer and aqua feed businesses to expand its product portfolio and upgrading its feed safety standards.

Vietnam’s hog market crashed hard in 2017, wiping out many feed and livestock producers. Feed sales dropped even after prices were slashed 3-5 times amid frantic competition for a shrinking pool of buyers. Nevertheless, Mr Luong said that the company will continue with plans to build capacity in its livestock, feed and food businesses.

In early 2018, the swine business was still suffering the lingering effects of a market glut and a long stretch of financial losses. Many producers were forced to reduce the scale of their operations while others chose to empty their barns entirely. Mavin Austfeed revenue fell sharply, he added.

“Everybody is playing a losing game. The number of feed dealers increased, but the sales volume declined between 10-20%. We are not talking about profits anymore. We are only thinking of ways to help our dealers and farmers survive the crisis,” he said.

A new aqua feed mill in Hung Yen, south of Hanoi, with production capacity of 70,000 tonnes/year, is now up and running with a technical and sales team covering 20 provinces in North Vietnam. Currently the largest aqua feed operation in North Vietnam.

Hygienic feed and lower energy con- sumption are the key principles behind all Mavin Austfeed mill designs. Retentioners for every pellet mill ensure that the feed is properly heated to kill pathogens. The company also produces full fat soy and full fat corn internally to minimize scours in piglets, he said.

Antibiotics are no longer routinely added to the feed. Instead, mill design and improved work processes maintain feed hygiene and wholesomeness. All feed mills belonging to Mavin Austfeed are ISO 9001 accredited.

Mavin Austfeed operates ve feed mills, with total production capacity of 1.2 million tonnes/year. Two are located in the north, two central, and the latest one is in the Mekong delta.

The company’s own livestock businesses consume around 20% of total feed capacity. The rest is sold to agents and distributors.

A new aqua feed plant in Hung Yen, south of Hanoi, with a production capacity of 70,000 tonnes/year is the largest aqua feed producer in north Vietnam.

The new $30-million livestock feed mill in the Mekong delta area was completed in March. The plant producing hog, duck and layer feed is capable of producing 30,000 tonnes/month and boasts four pelleting lines, a loading and unloading port and robotic bag palletizers. 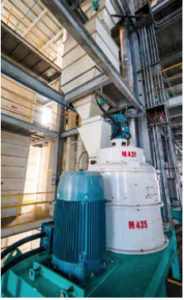 The group, currently exporting some livestock feed to Laos, plans to export feed to Cambodia in 2018 via the Mekhong river, said Mr Luong.

In February 2017, the company inaugurated its 4th livestock feed mill in Nghe An, in central Vietnam. The 3.6ha facility is capable of supplying 300,000 tonnes of livestock feed per year. A hog farm will be built nearby in 2018.

Mavin Austfeed is committed to sustainable business practices and encourages staff to be creative. It has implemented a “Go Green” company initiative inviting suggestions from staff to reduce operating costs and improve productivity.

Mavin Austfeed has maintained average growth of 30% per annum for a number of years. Although the feed market shrank  drastically in 2017 amid the hog glut, the market is likely to pick up in 2018, he said.

A new tower at the aqua feed mill in Hung Yen, south of Hanoi, combined with the existing line means the plant can churn out 70,000 tonnes/year. The plant’s two single-screw extruders produce floating freshwater fish feed with a bulk density range between 320g/l to 420g/l. 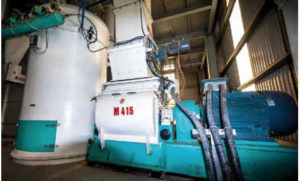 The plant produces primarily carp and tilapia feed. Currently, it supplies the market with around 10,000 tonnes/year and expects sales to rise to 35,000 tonnes/year in 2018. 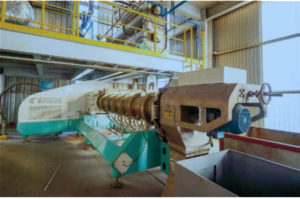 He added that the fast growing aqua feed segment, which took off in 2016, is relatively small and contributes around 3-3.5% of Mavin Austfeed’s total revenue.

It plans to establish a tilapia hatchery t0 produce mono-sex fingerlings in 2018 to complement its aqua feed business. The fingerlings will be available in Q1 2018, he said.

Over the last two years, the Vietnamese swine industry has faced a massive oversupply crisis and heavy losses. An estimated 20% of producers have quit the business.

According to government statistics, some 900,000 hog farmers bowed out. It is estimated that some 4.5 million rural households were involved in hog farming.

Despite those sobering statistics, Mavin Group plans to expand its sow herd with the belief that conditions will eventually improve. In 2017, its 20,000 sows supplied around 200,000 finishers. The goal for 2018 is to supply 300,000 finishers in northern Vietnam alone. Meanwhile, it is streamlining the entire operation to remain competitive despite low prices. 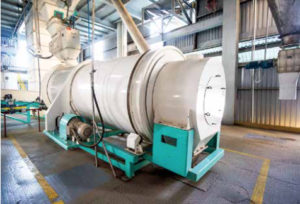 The company is currently the second largest hog producer in northern Vietnam and 2nd largest in the country.

For 2018, it plans to maintain its goals as it works with contract growers who have already invested in barns and expanded their capacity under the agreements. Enforcing forfeiture agreements with growers would do more harm than good, he said.

It is set to embark on a layer business venture in 2018 and is currently screen- ing viable layer breeds. Also, the aqua feed venture has widened its product portfolio and diversified risks.

Hog slaughtering is currently done by an alliance with capacity of around 500 head/day. A company-owned hog slaughterhouse is in the planning stages, but due to the abundance of backyard slaughterhouses whose operating costs are negligible compared with a commercial scale operator, those plans are on hold, he said.

However, plans for investment in a slaughterhouse depend primarily on food safety concerns and regulatory oversight on commercial operations.

Besides organic growth, it is looking to acquire veterinary companies to compliment its growth strategy. The acquisitions are likely to be completed before Q2, 2018, said Mr Luong.

It plans to become a leading veterinary drug player in Vietnam by 2019, said Mr Luong.

It is joining forces with Zoetis in distributing a swine vaccine and has recently launched water-soluble Triamulox or tiamulin 30% for swine dysentery and pneumonia treatment countrywide. 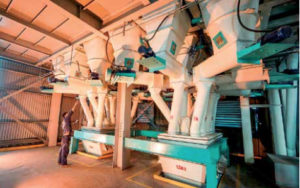 “Antibiotics is just for now. We are transforming our business over to prevention,” said Mr Luong.

Demand for antibiotics used in feed and medication will shrink, but robust demand will continue for vaccines, functional and nutritional products.

Veterinary business growth was estimated at around 10% in 2017 due to lackluster market conditions. The business is likely to grow faster in 2018, he added.

Mavin Group sets aside 3-5% of turnover for research and development. Its recently inaugurated Mavin Science Campus will support R&D in feed and animal nutrition, new ingredients and animal health.

At present, it has labs for animal health and R&D to support its veterinary and livestock business. In the future, work in both labs will be consolidated.

Mavin Food is currently ranked as the 3rd largest food producer in the north.

New sausage production machinery worth two million euros was procured from Germany and warehouse capacity has been expanded. Installation was completed in December and now sausage output will be doubled to 500 tonnes/ month.

“Mavin” was chosen as the umbrella brand for all of its business entities. The organizational realignment was a preliminary step towards the group’s goal of becoming a fully integrated company encompassing everything from feed and swine genetics all the way up to premium, high-quality, safe, ready-to-eat food, he said.

Rebranding will enhance visibility and brand awareness. Consumers will have more opportunities for positive interactions with the “Mavin” brand across the entire value chain including feed, meat, veterinary products and food.