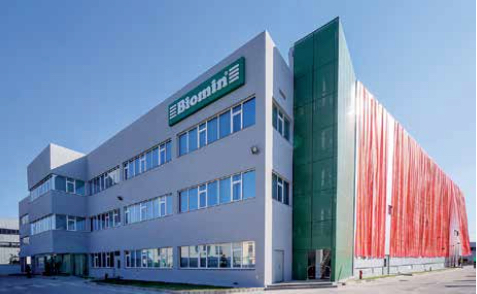 Biomin and Romer Labs of ce, lab and warehouse building 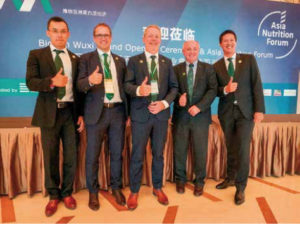 Erich Erber, together with Biomin’s management team. (From left) Jack An, Dr Hannes Binder, managing director Biomin; Jan Vanbrabant, chairman of the executive board of Erber Group; and Marc Guinnement

It will replace the company’s original factory, opened in in Malu, north of Shanghai, in 2004. Although the old plant was running at full capacity, it will be shut down in the near future.

Wuxi was chosen because of its location, infrastructure and accessibility. Also, the local government has offered various tax incentives and a favourable land price, said Dr Erber. 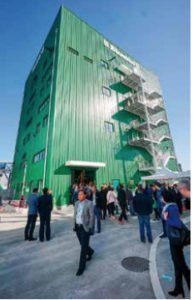 The plant, worth US$20 million, has a 5,600m2 building with offices, a warehouse and a laboratory. The plant will use the latest acid and chemical handling equipment to meet stringent regulatory requirements imposed recently by Beijing, said Dr Erber.

It is equipped with two automated acidifier production lines with a total installed capacity of 20,000 tonnes per year, which is twice the current capacity. This configuration will allow production of the entire Biotronic® product line, a family of enhanced acidifiers.

Demand for acidifiers and gut health products is on the rise due to widespread restrictions on antibiotic growth promoters.

Another automated production line with a capacity of 10,000 tonnes per year is designated for producing Mycofix®, which is currently imported from Singapore. Meanwhile, FUMzyme® – an enzyme for eliminating fumonisins – and Digestarom®, are undergoing registration in China and will be manufactured in Wuxi when the process is completed. 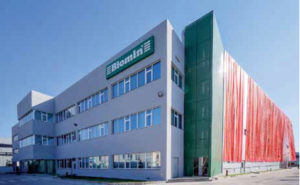 Biomin and Romer Labs of ce, lab and warehouse building

Subsidiary Romer Labs is located in the same compound. It has LC-MS/MS, HPLC and ELISA labs for quality control and to support annual mycotoxin surveys in China. Additional instruments will be deployed to expand assaying capability in the near future, and assay lead times will be reduced.

Mycotoxin tests are currently done at the BIOMIN lab in Malu, which performs more than 1,000 tests/year.

The existing Romer Labs laboratory in Singapore will be serving customers in Southeast Asia. Also, the new BIOMIN laboratory in Vietnam will speed up analytical services for Vietnamese customers.

Given the fast pace of market growth in Asia, BIOMIN is appraising investment viability in some key markets including Myanmar and India.

“Asia has been the fastest growing region for the whole ERBER Group and will continue to be the biggest market,” said Dr Erber.

Although BIOMIN wants to be as competitive as possible, it is not willing to compromise on quality. Having a presence in the local market to produce locally for local consumption will enable the company to be more flexible, he added.

Dr Hannes Binder, managing director at BIOMIN, is confident that new products will be readily available once product registration is completed thanks to the company’s strong sales team and extensive networks.

BIOMIN will strive for excellence through research. To maintain its top position, it will put a high priority on developing novel enzymes to detoxify mycotoxins such as zearalenone and deoxynivalenol.

Innovation and new technologies can be an effective line of defence because it makes it harder for new entrants to compete.

“As long as we keep bringing new technologies, it is going to be difficult for any newcomer to take a leading position,” said Dr Binder. 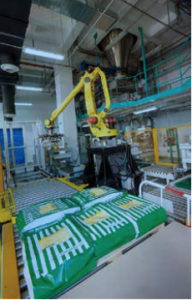 BIOMIN is investing in “omic” technologies, including genomics, transcriptomics, proteomics and metabolomics to demystify genes and modes of action at the molecular level. At the same time, it is continuing to expand its portfolio of probiotics and developing its phytogenics business for markets in the Americas and Europe.

“BIOMIN is the world leader in mycotoxins. We are positioning ourselves in gut health. We have the complete answer for antibiotic-free feeding. This is a knowledge-based position that we want to continue,” said Dr Erber.

Marc Guinnement, managing director of BIOMIN Asia Pacific, added that BIOMIN has succeeded in retaining its leading position in high-value businesses and specialty products due to its continuous investment in innovation.

Given intense competition in China, BIOMIN differentiates itself from competitors by focusing on its research and compliance with EFSA standards. This creates a channel for doing business with sophisticated corporations because BIOMIN is seen as the innovator and original producer.

Dr Erber targets sales growth in line with industry growth. Basically, he wants to see sales of USD$1 for every tonne of feed manufactured.

Despite the current trend of acquisitions and business consolidation, Dr Erber firmly stressed that BIOMIN will continue to be a family business while making every effort to research, innovate and stay ahead of the game.