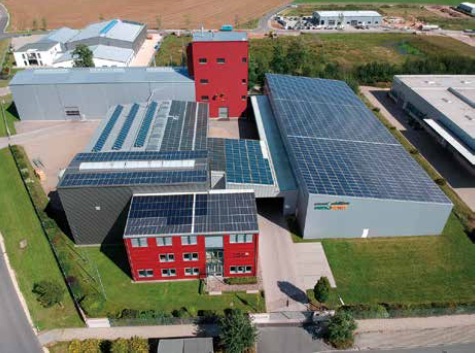 With its 20th anniversary coming in September, Phytobiotics will be debuting a series of innovative highlights, according to said Dr Hermann Roth, president and founder.

Significant investments have been made over the past several years to build two new separate facilities to produce bis-glycinate organic trace minerals and Immune Milk, a freeze-dried dairy colostrum feed supplement, rich in immunoglobulin.

Phytobiotics will also be rolling out Active-D – a plant-based vitamin D3 source. It is more effective than non-botanically synthesized sources due to its slow and steady release of active vitamin D, said Dr Roth. Active-D will be available in Asia in Q3 of this year.

Apart from extending the footprint of Sangrovit in Indonesia, North America and China, the company will propose new applications for organic trace minerals in plants, he added.

With an extensive product portfolio ranging from plant extracts to flavor enhancers for piglets and calves, and trace organic minerals, it is poised to add Immune Milk, a new mammalian immunity enhancer, in Q3 of 2020.

The company’s achievements over the past two decades, include expanding Phytobiotics’ business presence in the world’s main strategic markets through joint ventures or subsidiaries in Brazil, United States, Thailand, China, Russia and France.

“We care for a family friendly working environment and cultivate a dedicated friendship culture for our partners and customers. Our ‘close to market’ attitude is the mother of our success and we have plans to grow our business by 100% by 2023,” he added.

Products and marketing programs are tailored to fit customer needs. Sangrovit, Active-D, Plexomin and Immune Milk will be the flagship products in Asia in 2020. In the meantime, exploring new markets and conducting further research to discover new applications for the core product Sangrovit is underway.

In the US, registrations for poultry and swine have been completed. The company has completed registration for Sangrovit in Indonesia, which represents a major milestone in establishing the business in Southeast Asia.

Active-D, derived from a native European plant grown by farmers, will be soon introduced to customers in Asia.

Active-D contains glycosidic-calcitriol, the most active vitamin D3 form that is released steadily. An organic bone building structure, it also contains glucosamine. Phytobiotics supplements a natural source of glucosamine into Active-D to support frame development by building peptides in the organic matrix that makes up bones.

“A atoxicosis and fatty liver work against vitamin D hydroxylation in the liver and kidneys as both compromise liver health. Vitamin D metabolites which are present in Active-D do not require hydroxylation steps to convert them to its active form.”

Trials in laying hens confirm that Active-D improves laying performance and eggshell strength, especially in layers and breeders that are 50 weeks of age and older.

Fast growing birds and mycotoxin challenges may be causing vitamin D deficiencies. The average broiler today has an FCR below 1.6 and is ready for slaughter at 35 days of age, 20% faster than its predecessors.

Thus, an activated form of vitamin D strongly supports egg shell calcification in layers and breeders and the formation of bone structures in broilers or pigs compared to classical chemical vitamin D.

Trials in broilers demonstrated that supplementation with Active-D increases the birds’ body content of ash, calcium and phosphorus and improves bone strength by supporting the function of regular vitamin D.

Phytobiotics has been trading colostrum powder – a source of immunoglobulins to supplement calf milk replacers – for the past two decades. The company now has taken the next step by setting up its own plant to produce high-quality colostrum powder.

The initial investment in colostrum production is worth more than US$5 million and the state-of the-art production line is capable of producing up to 150 tons of full fat colostrum powder per year.

“This way we will meet the global demand, as key customers have already increased their orders 10-fold”, said Dr Roth.

As a result of this high demand, the Immune Milk supply in Q1 and Q2 of 2020 is fully booked, but Phytobiotics is poised to market Immune Milk for new customers from Q3 of 2020 onwards.

These effects are completed by growth factors like Insulin-like growth factor 1 and epidermal growth factor that support intestinal growth and maturation, optimizing animal performance from the first days of life. Thus, Immune Milk is the perfect answer to early life challenges in husbandry, he noted.

With Immune Milk, Phytobiotics not only meets the increasing demand for colostrum powder, but also sets a new standard when it comes to product quality and biosecurity.

“The careful selection of farms that supply raw colostrum to Phytobiotics and the excellent animal health situation in Germany allow us to guarantee the highest biosecurity and to produce an Infectious Bovine Rhinotracheitis (IBR)- free product. Thus, Immune Milk can also be used in calves that are intended for breeding or export,” said Dr Roth.

Not only calves and other ruminants can benefit from the use of Immune Milk. As the beneficial effects of Immune Milk work across species, manufacturers of pre-starters for piglets have begun using Phytobiotics’ new product.

With increasing litter numbers from 10 to 15, and shorter periods of colostrum secretion, piglets may be getting insufficient maternal immunity and becoming more prone to getting sick. Dried blood serum has traditionally been used to supplement immunoglobulins.

However, with rampant African swine fever, blood plasma has been suspected as a possible carrier for the virus, and more attention has been given to the use of bovine colostrum powder as a promising alternative.

Another new approach for Immune Milk is potential applications in non-mammals. Trials conducted in the US found that Immune Milk helps to improve gut integrity in broiler chicks within the first 24 hours which offers long-lasting effects on performance.

“With these promising results we hope to establish this new approach in the poultry industry and thereby help to minimize the use of antibiotic treatments,” Dr Roth said.

Phytobiotics offers a full range of organic minerals under the Plexomin® brand, including Cu, Zn, Fe, Mn and Se. Plexomin® Cu and Zn are bis-glycinates with two molecules of glycine.

They are less reactive in the digestive tract and highly absorbable. Plexomin® L-Fe and L-Mn supply trace minerals as well as the essential amino acid, lysine. The highly available selenium yeast Plexomin® Se 2300 is characterized by its dust-free granulation.

Plexomin® is Phytobiotics’ answer to the new, stricter trace mineral limits recently mandated in the European Union, where now the total copper content for piglets is reduced to 150 mg/kg up to four weeks after weaning and up to 100 mg/kg in the 5th to 8th week after weaning.

Tests showed that the performance of copper sulphate was matched with only half the amount of copper from Plexomin® Cu. Applying 120 ppm Cu from Plexomin® Cu increases daily weight gains by 19 g/d and feed intake by up to 16 g/d compared to the same amount of copper sulphate. The increased feed intake after weaning reduces mortality for the fattening phase and saves days in reaching market weight.

Phytobiotics’ state-of-the- art Plexomin® facility in Neuendettelsau, Germany worth more than €12 Million can supply up to 16,000 tons of organic trace minerals as bis-glycinates per year.

Several trials are currently being conducted in Brazil and the USA on crops during periods of strong demand and high levels of biotic and abiotic stress. Due to outstanding absorption by the leaves and translocation by vascular channels in the plant, lower application rates are more effective than traditional foliar fertilizers with lower absorption and bad translocation.

The outstanding absorption rates can ensure fast supply of micronutrients, which have many functions in plant metabolism and growth. For instance, Cu is involved in plant cell wall formation. Plants with a good supply of Cu have stronger cell walls enabling a stronger defense against fungal attack.

Phytobiotics developed its patented, advanced chelation technology with a leading German university. The process creates a more cost-effective and sustainable technology than any other supplier in the market.

Phytobiotics’ investments in new production plants has reached €20 Million over the past four years.

“With these investments, Phytobiotics ensures a bright future and gives good reasons for the global Phytobiotics team to proudly celebrate its 20th birthday in September 2020,” said Dr Roth.