Nutreco invests US$9 million to build a new premix plant in Surabaya in order to meet robust demand in East Java and fast growing markets in the Far East, according to Knut Nesse, CEO. 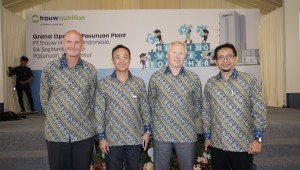 “This investment is crucial for Nutreco’s Asia growth strategy of sustaining leadership and growing the market in Asia and Indonesia in particular,” he said.

“You are not allowed to call the company ‘Nutreco’ if quality is compromised,” said Mr Nesse. 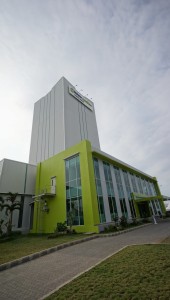 Trouw Nutrition’s latest premix plant in Pasuruan Industrial Park, Surabaya. The plant has a working space of 2,200 sq m, tower height 40 metres, and a double-deep racking system with 900 pellet positions or around 900 tonnes of stocking capacity

All ingredients will be subject to rigorous testing to prove that they live up to Nutreco’s high standards of quality control and quality assurance system.

“We are offering customers peace of mind. We provide customers and stakeholders in the feed and food chain with safe, traceable and impeccable products,” he said.

Haiko Zuidhof, general manager of Trouw Nutrition Indonesia, said Surabaya was selected because it will enable Trouw to increase its level of service, cut lead time for customers in the East Java area, and save significantly on logistic costs.

With mills in East Java revving up their capacity, it is likely that the eastern part of the island will be the main market driver. At the same time, seaport infrastructure in East Java is well developed and less congested.

The location offers a distinct logistical advantage, which means that the mill will provide better services for customers in Makassar, Surawesi and  outlying markets in East Java as well as offshore clients..

“The new plant will be very well positioned for us not only serving Indonesia but also customers around Southeast Asia,” said Mr Zuidhof.

With the current production line in Jakarta already operating at full capacity, the  new operation in East Java will provide the necessary extra capacity to serve the domestic market and Asean markets. Of the total international orders, the new plant will be able to fill 20% with the remainder manufactured at  the Tangerang facility near Jakarta.

The Pasuruan plant is fully automatic with production capacity of 12,000 tonnes/year at two shifts per day. A barcode system is used for process control and the production line requires minimal human interface. Human error is virtually nil and production is highly accurate. The plant has the latest GMP and ISO accreditations, and FAMI-QS certification is underway. 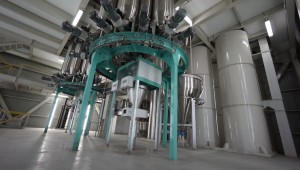 Computerized dosing system is accurate and fast. Ingredients are transferred by gravity. Conveyor pipes in the plant are food-grade steel to prevent rust and corrosion. Dust aspirators are put on all dust-generating points

Weigh scales of various capacities, from 1 to 1,000 kg, have been installed for weighing carriers such as wheat flour, wheat pollard, and limestone powder as well as amino acids, vitamins, minerals and other micro ingredients.

For the Indonesian market, the company recently introduced Maxcare premixes which contain all the necessary vitamins, macro and micro minerals and amino acids for the home mixing segment. Also, it is working with a local partner to develop new distribution channels. 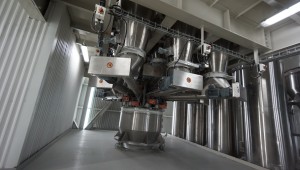 Because there is still demand for medicated premixes, a separate line has been set aside for manufacturing such products. The line is self contained with its own ventilation, mixers, packing etc. The raw materials and active ingredients are stored separately from the non-medicated products so that exposure to contaminants, either via leftovers from the previous batch in the production line or airborne particles, can be ruled out.

Medicated ingredients, particularly antibiotic growth promoters used in process, must be approved by the Indonesian authorities. 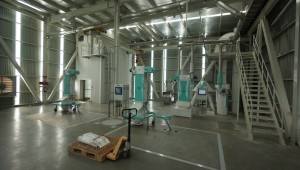 Harris Priyadi, country manager (sales & marketing), said Indonesia is preparing to prohibit antibiotic usage. As many as 20 antibiotics will be deleted from the approved list, leaving only 6-8 items available.

“It was once commonly believed that antibiotics were the least-cost panacea in improving animal performance in commercial scale farming, regardless of poor biosecurity, contaminated drinking water and feed loaded with mycotoxins. But in fact, antibiotics were never intended to overcome poor management,” said Mr Harris.

Nutreco is conducting trials in Indonesia to find effective, innovative solutions for replacing antibiotics in commercial scale farming.  According to recent trials conducted in collaboration with Bogor Agricultural University, it found that birds reared in high density, warm open-sided housing can thrive with low mortality despite being challenged by E. coli. 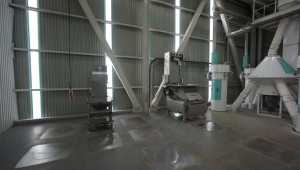 Mr Nesse pointed out that excessive use of antibiotics in food producing animals poses a risk to human health.

“People pick up antibiotic resistance from food. This has potential to become a public health threatening issue in the next decade,” he said, adding that antibiotics should only be used for treatment of sick animals, and never to enhance growth.

Instead, nutrition should be considered the first line of defence in preventing animals from getting a disease or infection.

Samson Li, managing director Asia, said that Nutreco has many non-antibiotic products that are safe, cost-effective and improve performance.

Presan® is a blend of a phenolic compounds, slow release C12, targeted release butyrate, medium-chain fatty acids and organic acids that stabilize gut microbiota and improve the gut integrity of pigs and poultry. The product is currently under registration in Indonesia.

Mr Li said that Asia in 2015 has been less vibrant than in previous years due mainly to setbacks in the real estate sector. Even so, the growth pace of Asean economies is still better than Europe, America and the rest of the world. 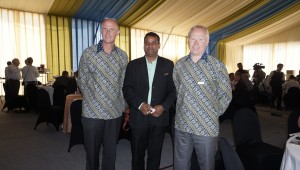 “More importantly, Nutreco’s business is about food and fundamentally our value chain is going to grow,” he said.

Nutreco targets sales growth above 20% in 2015-2016 as a result of new production capacity and new technologies. At the same time, 2016 will be a year of consolidation following acquisitions made in 2014 and 2015. 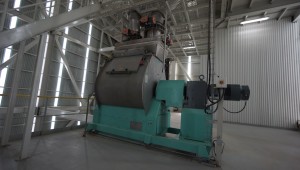 Despite its recent slowdown, he is confident that China will still lead the pack.

The blast in Tienjin last August temporarily affected parts of Nutreco’s supply chain in China, but it did not affect Indonesia and Asia-Pacific operations.

Premixes and milk replacers will drive Nutreco’s business further in the region, he added.

Nutreco turned private in April 2015 after it was bought by SHV, the company’s new owner who decided to leave the Euronext Amsterdam stock exchange. Nutreco recently approved a new “Ambition 2020” strategic plan that will focus exclusively on animal nutrition and fish feed.

“The new owner will support and finance our growth. We will still do acquisitions – we have been doing an average of two acquisitions/year in the last five years – that will continue,” said Mr Nesse. 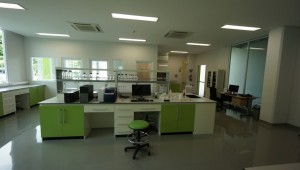 The company typically has 3-5 expansion projects ongoing at any point in time, with the latest a new fish feed facility in Vietnam due to open by the end of next year.

“Although Nutreco has projects in other parts of the world, the new owner has expressed an appetite for growing business in Asia. They are keen to support us when it comes to our growth in Asia,” Mr Nesse noted.

Nutreco started selling premixes and feed additives in Indonesia and across Southeast and East Asia in 2007 after acquiring BASF premix facilities in the region.

The company plans to double its R&D investment to 50 million euros/year with the aim of bringing a number of new products to the market in the coming  years. It will start to introduce sustainable key performance indicators (KPIs) to reduce greenhouse gas emissions at its operations in Asia following their implementation in Europe and the US.