On some occasions the incidence of splayed (spread out) or twisted legs in chicken flocks increases. These issues can be linked to incubator and especially hatcher temperature and ventilation conditions.

The incidence of splayed legs in chicks and poults at hatch is very low, normally no more than 0.35 to 0.50%, but it can increase on some occasions.

Birds with this condition have one or both legs splayed laterally from the coxofemoral joint and are unable to stand.

Sometimes, the problem is only observed on the farms and constitutes another cause of culling during the first three weeks of age. 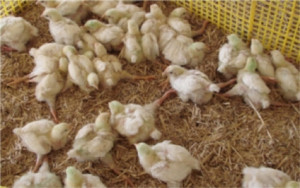 This condition has been associated with high humidity during incubation and the higher temperature conditions during the last phase of embryo development may have a bigger impact.

Higher temperatures during incubation may have the bigger impact on splayed leg incidence because they affect bone, tendon and muscle development, and thyroid metabolism.

Embryos can be heat stressed in commercial hatcheries due to incubator and hatcher design that prevents adequate air flow around the eggs in some locations.

Occasionally reduced ventilation during incubation and extended length of hatching time (delayed hatching 12 to 24 hours) may cause the heat stress that triggers higher incidence of splayed legs.

Chicks exposed to elevated incubation temperatures may have lower muscular strength to stand up at hatch.

Elevated incubation temperatures accelerate embryo growth to rates that demand higher oxygen consumption than can passively diffuse through the pores of the eggshell.

Sometimes, this effect can be severe and cause late embryo mortality, but frequently the overheated chicken embryo that hatch will be lethargic, may appear exhausted, slow to search for feed and water, and potentially become the starve outs at the farm increasing the first week mortality.

We have also observed that incubation conditions have a major impact on tendon development.

The strength of tendons is crucial for adequate locomotion, especially in chicken.

In multistage incubator machines the eggs in the last phase of incubation can reach eggshell temperatures of 106-108ºF, while younger embryos may be at the desired 101-102ºF.

Bone development in poultry species can be affected by incubation conditions. The formation of bone collagen matrix starts during the first days of incubation.

Poultry bones initiate ossification processes at 18 days of incubation at 16 days in broilers.

Several factors that control endochondral ossification of long bones can be affected by incubation conditions, 3 to 4 days prior to hatching, when bones have their fastest elongation rate. However, bone developmental problems can be caused by suboptimal incubation conditions at any stage of embryo growth.

Frequently it is mentioned that there are differences among genetic lines on the prevalence of leg problems or incidence of splayed legs.

However, incubation profiles affected all these bone and leg health parameters, indicating that the incubation may have a stronger effect on leg health.

The elevated incubation profile caused a high incidence of splayed legs at hatching. Almost 20% of the chicks hatched in the higher incubation conditions were affected.

Some of the effects of overheating embryos can be observed at hatching as splayed legs. But overheating may also affect the nutrient utilization, body formation and the overall health of chicken flocks.

Then, splayed legs can be an indicator that overheating is occurring and corrections need to be made in the machines or in the hatchery climate control management. 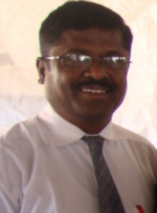