Decades of superior quality, products and technical support have put Ghen Corporation at the top of Japan’s layer breeder industry with a market share of over 90% for PS and day-old layer chicks. 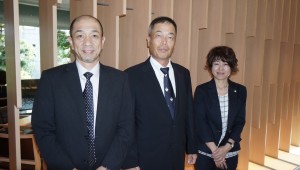 Shuji Watanabe, president, said the company’s success is also based on a long record of offering the right products to meet diverse needs. The company’s product portfolio includes Hy-Line, Lohmann and H&N products, whether white, brown or tinted egg shell.

The products are flawless in terms of egg quality, eggshell quality, efficiency, livability, amount and dryness of feces. However, feces management could become a critical point holding producers back from taking up new expansion projects due to stricter environmental regulations.

PS demand in Japan is 1.2 million birds a year.  The Hy-Line Brown dominates with nearly 100% of the brown egg market. Hy-Line Sonya Gray, a tinted egg variety, has been the dominant tinted egg layer in Japan for many years.  The LSL Classic and LSL Lite, both white egg layers, occupy a major proportion of the white egg market while W-36, a white egg layer, is popular in the more temperate regions of Japan. 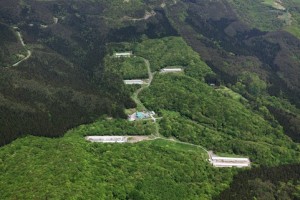 On the one hand, because of their dominant market share, a shutdown for any reason could affect the supply of PS to customers. But on the other hand, the fact that the company also operates grandparent farms for Hy-Line and Lohmann means it is in a better position than most to deliver a steady supply of parent stock to customers regardless of disease issues or exchange rate volatility.

As part of EW Group’s global network, Ghen is able to offer its customers a guarantee that there will be sufficient supply regardless of AI status anywhere in the world.

“Our network is everywhere. We have our logistics in strategic positions to make sure that the business will continue seamlessly. Security of supply has become a key differentiation factor today among breeding companies,” said Mr Watanabe.

Ghen Corp has organized “Ghen School” training courses twice a year for customers for over 25 years to keep customers abreast of the latest developments in hatchery management, health and all issues related to productivity improvements.

The Japanese market is highly competitive and all major breeds have a presence, said Mr Watanabe.

Ghen has an internal test facility where it regularly tests performance of Hy-Line, Lohmann, and H&N products under real Japanese farm conditions. The results are shared with geneticists of those respective companies so they can improve their products. 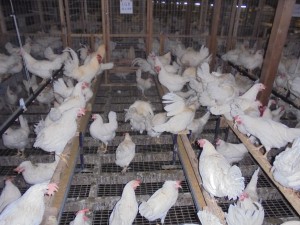 GP breeders are reared on floor

Another unrivalled advantage is the ability to access the latest products as they are developed. As a result, customers are very satisfied with flock performance and product quality, said Mr Watanabe, adding that this sets Ghen apart from competitors.

Besides all around egg quality factors such as haugh unit, yolk and shell colour as well as smoothness are all equally important.

To thwart vertically transmitted salmonellosis, feed delivery trucks are exclusively serviced for the company. External vehicles are not permitted to enter the farm premises, and there are vehicles that are used on the farm only.

The feed is heat treated via acidifier inclusion and regularly tested for the presence of salmonella.

Ghen Corp is a subsidiary of EW Group GmbH, the owner of H&N, Lohmann and Hy-Line. 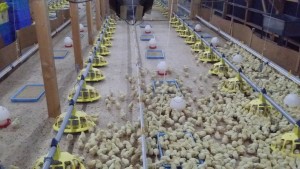 Ghen Corporation first started distributing Hy-Line chicks in the early 1960s before later adding Lohmann and H&N products after Lohmann and Company purchased a 10% share in the company.  In the year 2000, Hy-Line International became the majority shareholder.

Although most of its products go to the domestic market, the company has the capacity to export. It is working with Japanese authorities in preparing PS layer chicks to export to countries in Asia. 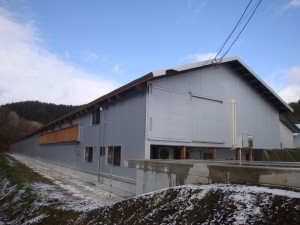 Egg production in Japan is undergoing consolidation. Farms are getting larger and large-scale operators are increasing their output.

Robust demand from egg breakers and high production costs in Japan are the key drivers behind high egg prices in Japan.

Egg demand is about 2.6 million tonnes/year. With domestic egg production at about 2.5 million tonnes, the balance is made up with about 100,000 tonnes of imported eggs primarily used by the egg processing industry. Customers are food services, restaurants, confectionaries and noodle makers.

Table egg demand is currently 50% of total production. For the rest, 30% is for restaurant users and the rest processed into liquid and powdered eggs.  Imported eggs can’t compete in the table egg market because freshness is critically important for Japanese customers.

Mr Watanabe believes that the growing popularity of Western-style food will subdue demand for table eggs.

In the past, the Japanese commonly ate fresh eggs and miso soup to start the day.  Nowadays, consumers prefer a breakfast of toast or bread.

On the other hand, demand from industrial users and restaurants will rise, he said.

In the past, egg breakers relied on imported eggs or cheap off-spec eggs obtained locally. Eggs were cheap due to abundant supply. But now, a weaker currency and outbreaks of bird flu in Europe and North America have compelled egg breakers to look for local suppliers to secure their supply chain.

As a result, many producers have opted to supply eggs exclusively to the egg breaking industry.

Their efforts have been hindered by the recent flipflop of the US-based Dietary Guidelines Advisory Committee, which issued guidelines in 2010 that recommended consuming less than 300 milligrams per day of dietary cholesterol. That’s equivalent to one egg. But in 2014, the committee restated its position by saying that cholesterol is not considered a nutrient of concern for overconsumption.

At present, annual per capita consumption in Japan is 320 pieces. Increasing that figure is possible, he said, but it will take time and effort to clear up misperceptions about the risk of eating two eggs/day.