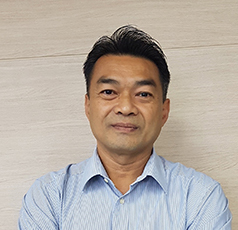 Poultry demand is likely to rise in the second half of 2021 due to the expected economic recovery, according to Pornchai Iemsanguanjit, president of the Thai Broiler Breeder Association.

Grand parent stock imports in 2021 are likely to level off at around 575,000 pieces. Growth hinges on exports as some 85% of broiler production is destined for offshore markets.

The year 2020 has been bumpy. Broiler production declined steeply between March and June due to plummeting foreign tourist arrivals and lockdowns. Prices for broiler day old chicks dropped to eight baht in April, which is below the production cost of 10-12 baht/apiece.

Bird flu recently reported in Europe did not affect supply to Asia because the breeding companies have embraced compartmentalization. They can ship grand parents from new production bases in Australia and New Zealand to customers across Asia rather than relying only on breeding stock from the US and Europe.

Poultry demand in the EU which is Thailand’s top market subsided due to coronavirus and lockdowns.  Japan imported substantial volumes in 2019 in preparation for the 2020 Olympics. However, the games were postponed, leaving the market with massive stocks. Imports to Japan will resume normal patterns in 2021 again when the imported stock from 2019 has been used up. Demand for grand parent stock will grow marginally in 2021.

China is likely to become a new strategic export market for Thailand, following Japan, the European Union and Korea.  Imports of raw meat from Thailand to China soared substantially in 2020. There will be more certified exporters shipping raw meat to China which could amount to 100,000 tonnes in 2021.

Prior to 2018, China was heavily relying on supplies from the US and Brazil.  Unfortunately, chicken imports from Brazil were suspended due to the presence of coronavirus in food samples.

The underlying reason for looking into the Thai market is due to food security which compels China to look for trustworthy producers to secure their supply.

Export markets will be vibrant again in the second half of 2021. Lockdowns in Europe in Q4 of 2020 with the potential to be extended into Q1 2021 are likely to put a lid on demand, said Mr Pornchai.

Thailand is ranked as the world’s 4th largest broiler producer. Annual domestic per capita consumption of chicken meat is estimated at around 22 kg. On average, each GP bird produces around 45-55 parent stock birds and each PS bird produces around 150- 172 broiler chicks, depletion age 64 weeks.

Broiler breeder producers keep their breeding stock in line with market demand.   There are around six GP producers and 24 parent stock producers. Therefore, depopulating the breeding flock or importing additional GP can be done swiftly.

Amid the current glut, prices of spent breeders declined steeply from an average of 35 baht/apiece to 18 baht/apiece.

Breeder producers in Thailand have already embraced UFAS standards for breeder feed. Thai broiler producers buy corn from certified suppliers and corn production is transparent where buyers can trace back how the corn was cultivated, cultivation areas and other details.

Broiler breeder operators have touched on the possibilities for preparing breeders to accommodate slow growing broilers and any changes that may need to be taken should animal welfare regulations become mandatory for breeders.

According to Thailand’s Department of Livestock Development estimates, broiler meat consumption per capita was around 27 kilograms in 2020, a 5% decline year-on-year.

One industry analyst said the production cost of live broilers in 2020 was around 34-35 baht/kg, slightly up year-on-year.

Around 300,000 broiler chicks/week are shipped to Cambodia and Myanmar via border towns.