Bernd Meerpohl, CEO of the BD group, said the location is the largest and most modern centre of its kind in the Big Dutchman family, and is intended to serve the Asia-Pacific region. 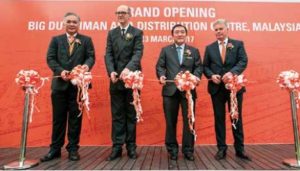 Asia. The continent with 60% of the world’s population produces nearly a third of all poultry meat worldwide as well as half of all finishing pigs. Also, demand for animal products is increasing, he noted.

“We want to meet this demand by enabling production that is as secure, clean, efficient and as animal-friendly as possible,” said Mr Meerpohl, who added that this goal requires that Big Dutchman offers its solutions on site and in close contact with producers and consumers. 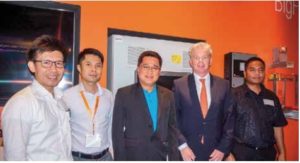 Jan Hofstede, president of BD Asia, said that the investment in Asia is an important step in meeting the increasing demand for livestock equipment, espe- cially by the poultry sector, in the region.

Presentation and training rooms at the location have created a centre of excellence for modern livestock production. A solar array the size of two football fields has been installed on the warehouse’s roof to supply green power. 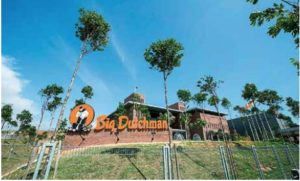 Big Dutchman’s venture in Malaysia began in 1992 with a handful of staff. Some 25 years afterwards, it has successfully developed markets across Asia Pacific with offices in Thailand, Indonesia, Vietnam, the Philippines, Myanmar and Australia. Big Dutchman is currently active in 120 countries and has about 3,000 employees.